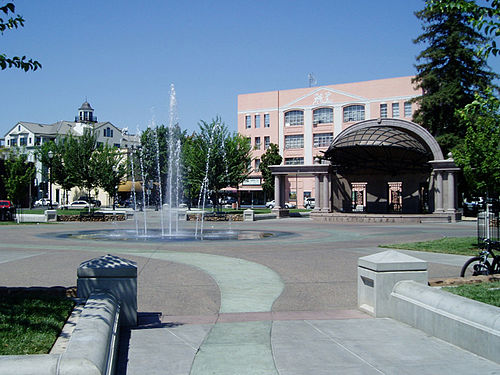 Chico ( CHEE-koh) is the most populous city in Butte County, California, United States. As of the 2010 United States Census, the population was 86,187, reflecting an increase of 26,233 from the 59,954 counted in the 2000 Census. Following the 2018 Camp Fire that destroyed much of the neighboring town of Paradise, the population of Chico surged as many people who lost their homes in the fire moved to Chico. In 2019, the US Census estimated the population of Chico is 103,301. The city is the cultural, economic, and educational center of the northern Sacramento Valley and home to both California State University, Chico and Bidwell Park, the country's 26th largest municipal park and the 13th largest municipally-owned park. Bidwell Park makes up over 17% of the city. Other cities in close proximity to the Chico Metropolitan Area (population 212,000) include Paradise and Oroville, while local towns and villages (unincorporated areas) include Durham, Cohasset, Dayton, Nord, and Forest Ranch. The Chico Metropolitan Area is the 14th largest Metropolitan Statistical Area in California. The nickname "City of Roses" appears on the Seal of the City of Chico. The city has been designated a Tree City USA for 31 years by the National Arbor Day Foundation.