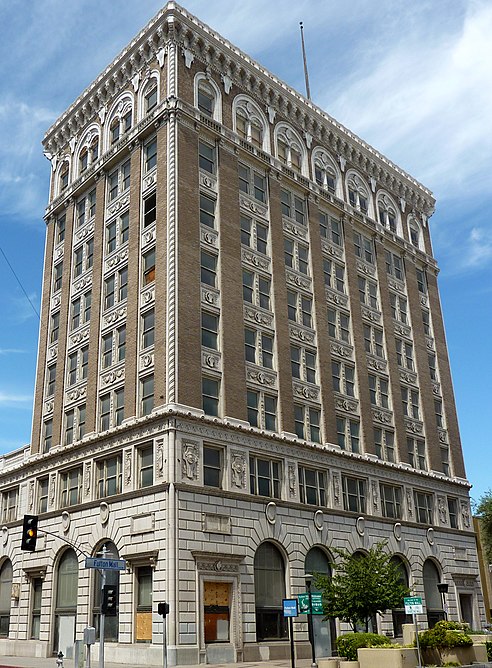 Fresno (Spanish for 'ash tree') is a city in and the county seat of Fresno County, California, United States. It covers about 112 square miles (290 km2) in the center of the San Joaquin Valley, the southern portion of California's Central Valley. Named for the abundant ash trees lining the San Joaquin River, Fresno was founded in 1872 as a railway station of the Central Pacific Railroad before it was incorporated in 1885. The city has since become an economic hub of Fresno County and the San Joaquin Valley, with much of the surrounding areas in the Metropolitan Fresno region predominantly tied to large-scale agricultural production. The population of Fresno grew from 134,000 in 1960 to 428,000 in 2000. With a census-estimated 2020 population of 542,012, Fresno is the fifth-most populous city in California, the most populous inland city in California, and the 34th-most populous city in the nation. Fresno is near the geographical center of California. It lies approximately 220 miles (350 km) north of Los Angeles, 170 miles (270 km) south of the state capital, Sacramento, and 185 miles (300 km) southeast of San Francisco. Yosemite National Park is about 60 miles (100 km) to the north, Kings Canyon National Park is 60 miles (100 km) to the east, and Sequoia National Park is 75 miles (120 km) to the southeast.