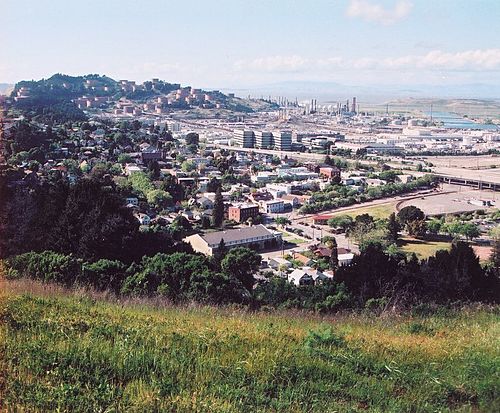 Richmond () is a city in western Contra Costa County, California, United States. The city was incorporated on August 7, 1905 and has a city council. Located in the San Francisco Bay Area's East Bay region, Richmond borders San Pablo, Albany, El Cerrito and Pinole in addition to the unincorporated communities of North Richmond, Hasford Heights, Kensington, El Sobrante, Bayview-Montalvin Manor, Tara Hills, and East Richmond Heights, and for a short distance San Francisco on Red Rock Island in the San Francisco Bay. Richmond is one of two cities, the other being San Rafael, California, that sits on the shores of both San Francisco Bay and San Pablo Bay. During Gayle McLaughlin's mayoralty, Richmond was the nation's largest city with a Green Party mayor. As of the 2010 U.S. Census, the city's population was 103,710, making it the country's second-largest city named Richmond. The largest is Richmond, Virginia.