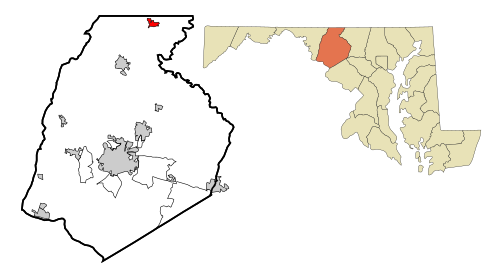 Emmitsburg is a town in Frederick County, Maryland, United States, just south of the Mason-Dixon line separating Maryland from Pennsylvania. Founded in 1785, Emmitsburg is the home of Mount St. Mary's University. The town has two Catholic pilgrimage sites: the National Shrine Grotto of Our Lady of Lourdes, which is on the campus of Mount St. Mary's, and the Basilica and National Shrine of St. Elizabeth Ann Seton, who was the first native-born United States citizen to be canonized as a saint. The Seton Shrine is one of the top eight Catholic pilgrimage destinations in the United States. The National Emergency Training Center (NETC) campus is in Emmitsburg, located on the former campus of Saint Joseph College. The campus includes the Emergency Management Institute, the National Fire Academy and the National Fallen Firefighters Memorial. The population as of the 2010 U.S Census was 2,814. Emmitsburg is home to three Cal Ripken Baseball 12U 46/60 baseball championships. The titles were won in consecutive years (2013, 2014, and 2015). For years, the youth baseball and softball league was the gold standard in the Catoctin area.The current mayor of Emmitsburg is Don Briggs. The current commissioners are Frank Davis, T. J. Burns, Tim O'Donnell, Joseph Ritz III and Cliff Sweeney.