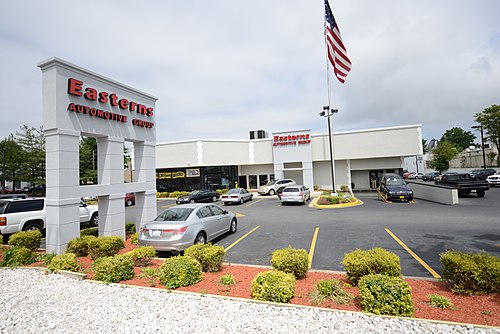 Temple Hills is an unincorporated area and census-designated place (CDP) in Prince George's County, Maryland, United States. Temple Hills borders the communities of Hillcrest Heights, Marlow Heights, Camp Springs and Oxon Hill. As of the 2010 census it had a population of 7,852.The community was named after Dr. Edward Temple, who in the 1860s lived in a home beside Henson Creek known as Moor Park. Within the area are numerous garden apartments, duplexes, and single family communities constructed mostly from the 1950s through 1970s. The adjacent, unincorporated communities of Hillcrest Heights and Marlow Heights, which are home to both the Iverson Mall & Marlow Heights Shopping Center, which both serve the community of Temple Hills, are assigned Temple Hills addresses and zipcodes. Rosecroft Raceway (since 1949, harness horse racing) is nearby in Oxon Hill, although the racing audience has declined greatly. There are large public indoor and outdoor swimming pools operated by the Maryland-National Capital Park and Planning Commission, and also the private Temple Hills Swim Club. The area is especially convenient to the Capital Beltway (I-95/I-495), the Metrorail Green Line, Andrews Air Force Base, the U.S. Census Bureau, and Capitol Hill. Since the clogged interstate Woodrow Wilson Bridge was widened in 2008, commuter access to Northern Virginia's booming job market has improved.