Mailboxes in Lewiston, ME 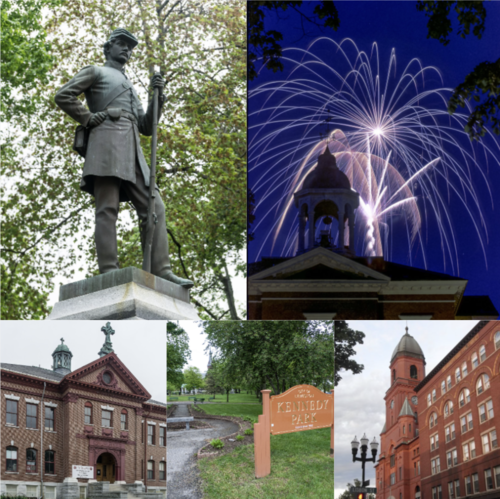 Browse mailboxes in Lewiston, ME

Lewiston (; officially the City of Lewiston, Maine) is the second largest city in Maine and the most central city in Androscoggin County. The city lies halfway between Augusta, the state's capital, and Portland, the state's most populous city. It is one-half of the Lewiston-Auburn Metropolitan Statistical Area, commonly referred to as "L/A." or "L-A." Lewiston exerts a significant impact upon the diversity, religious variety, commerce, education, and economic power of Maine. It is known for a relatively low cost of living, substantial access to medical care, and a relatively low violent-crime rate. In recent years, the City of Lewiston has also seen a spike in economic and social growth. While the dominant language spoken in the city is English, it is home to the largest French-speaking population in the United States (by population) while it is second to St. Martin Parish, Louisiana, in percentage of speakers.The Lewiston area traces its roots to 1669 with the early presence of the Androscoggin tribe (the namesake of the county in which the city resides). In the late 18th century, the area (then a part of Massachusetts) slowly became populated by Quebec families and was incorporated as "Lewistown" in 1795. The presence of the Androscoggin River and Lewistown Falls made the town an attractive area for manufacturing and hydro-power businesses. The rise of Boston rail and textile tycoon Benjamin Bates saw rapid economic growth rivaling that of Cambridge, Worcester, and Concord. The increase in economic stimulus prompted thousands of Quebecers to migrate, causing a population boom; the populace rose from 1,801 in 1840 to 21,701 in 1890. In 1855, local preacher Oren Burbank Cheney founded the Maine State Seminary, the first coeducational university in New England and one of the first universities to admit black students before the Emancipation Proclamation. Lewistown quickly became associated with the liberal arts and was incorporated as "Lewiston" in 1864, a year before the college was chartered as Bates College. The city is home to the only basilica in Maine, Basilica of Saints Peter and Paul; 5 colleges and universities; 44 listings on the National Register of Historic Places; the Androscoggin Bank Colisée; the Stephens Observatory; the Olin Arts Center; the Bates College Museum of Art (BCMoA); and two significant general hospitals: Central Maine Medical Center and Saint Mary's Regional Medical Center.