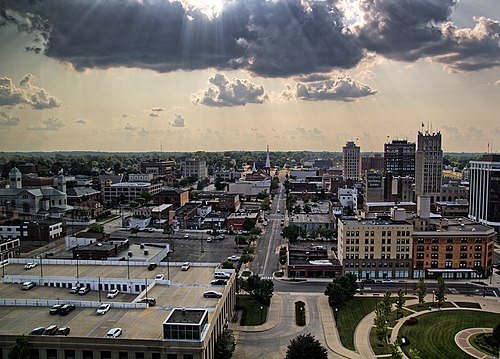 Jackson is the only city and county seat of Jackson County in the U.S. state of Michigan. As of the 2010 census, the city population was 33,534, down from 36,316 at the 2000 census. Located along Interstate 94 and U.S. Route 127, it is approximately 40 miles (64 km) west of Ann Arbor and 35 miles (56 km) south of Lansing. Jackson is the core city of the Jackson Metropolitan Statistical Area, which includes all of Jackson County and population of 160,248.Founded in 1829, it was named after President Andrew Jackson. Michigan's first prison, Michigan State Prison (or Jackson State Prison), opened in Jackson in 1838 and remains in operation. For the longest time, the city was known as the "birthplace of the Republican Party" when politicians met in Jackson in 1854 to argue against the expansion of slavery, although the political party now formally recognizes its birthplace as being Ripon, Wisconsin. Nevertheless, the Republican Party's earliest history dates back to Jackson and is commemorated by a plaque in the city's Under the Oaks City Park, which has since been visited by numerous Republican presidents.At the beginning of the twentieth century, Jackson became an early automotive manufacturing center that attracted southerners and immigrants to the city's numerous factories, which saw its population increase significantly.