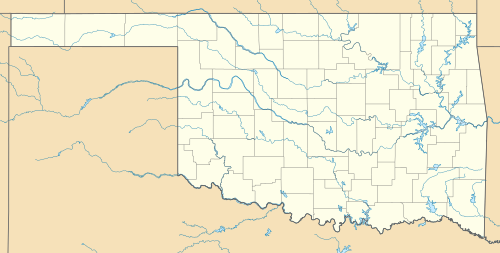 Preston is an unincorporated community located in Okmulgee County, Oklahoma, United States. The post office was established December 13, 1909. It was named for an Okmulgee oilman, Harry Preston. Unrecognizable from the past, Preston was once a highly prosperous community, thriving mainly from the oil boom, as did many of the surrounding communities. Later on, as the oil industry quieted in Preston, it served as a station for restocking trains and running cattle trails, loading water from Frisco Lake. Many remnants of the station may be found throughout parts of Preston. Many old cattle trails and roads, though overgrown, are still distinguishable as such due to the heavy use and traffic. It currently has two schools, three churches, a single gas station, feed store, a heating and air company, and a hair salon as well as a fire protection business.