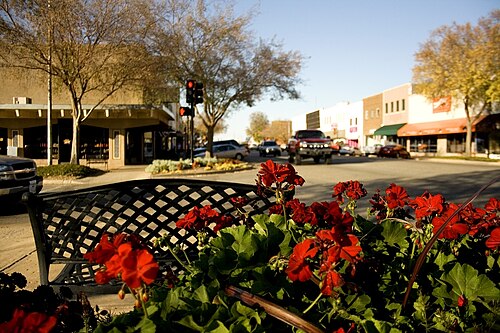 Stillwater is a city in, and the county seat of, Payne County, Oklahoma, United States. It is located in north-central Oklahoma at the intersection of U.S. Route 177 and State Highway 51. As of the 2010 census, the city population was 45,688, making it the tenth-largest city in Oklahoma. The Stillwater Micropolitan Statistical Area had a population of 78,399 according to the 2012 census estimate. Stillwater was part of the first Oklahoma Land Run held on April 22, 1889 when the Unassigned Lands were opened for settlement and became the core of the new Oklahoma Territory. The city charter was adopted on August 24, 1889, and operates under a council-manager government system. Stillwater has a diverse economy with a foundation in aerospace, agribusiness, biotechnology, optoelectronics, printing and publishing, and software and standard manufacturing. Stillwater is home to the main campus of Oklahoma State University (the city's largest employer) as well as Northern Oklahoma College – Stillwater, Meridian Technology Center, and the Oklahoma Department of Career and Technology Education. The city is home to the National Wrestling Hall of Fame and Museum.