Mailboxes in Sandy, OR 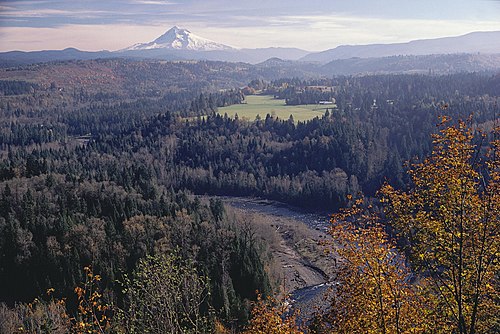 Browse mailboxes in Sandy, OR

Sandy is a city located in Clackamas County, Oregon, United States, settled c. 1853 and named after the nearby Sandy River. Located in the foothills of the Cascade Mountain Range, the city serves as the western gateway to the Mount Hood Corridor, and is located approximately 27 miles (43 km) east of Portland.The city of Sandy was originally settled by travelers passing along Barlow Road, one of the final sections of the Oregon Trail, and initially known as Revenue, after settlers Francis and Lydia Revenue. The city subsequently took the name Sandy after the Sandy River, named by Meriwether Lewis and William Clark in 1805; the river and previously been named the Barings River, after Sir Francis Baring, 1st Baronet, following a 1792 expedition in the region. In the late-19th and early 20th century, Sandy's local economy was mainly based on logging and the sawmill industry due to the abundance of timber in the area. The city continued to grow with the arrival of German immigrants in the late-nineteenth century, and the city was formally incorporated in 1911. In the latter half of the 20th century, the city's population saw a significant increase in residents, concurrent with the growth of the Portland metropolitan area. As of the 2010 census, the city had a total population of 9,570. It is the home of Sandy High School, founded in 1914, which serves the population of Sandy as well as outlying communities, such as Boring and the Villages of Mount Hood.