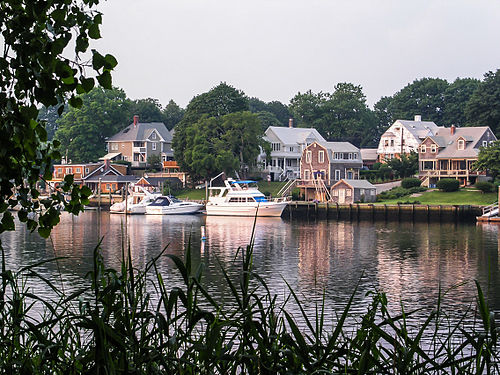 Warwick ( or ) is a city in Kent County, Rhode Island, the third largest city in the state with a population of 80,487 at the 2020 census. It is located approximately 12 miles (19 km) south of downtown Providence, Rhode Island, 63 miles (101 km) southwest of Boston, Massachusetts, and 171 miles (275 km) northeast of New York City. Warwick was founded by Samuel Gorton in 1642 and has witnessed major events in American history. It was decimated during King Philip's War (1675–76) and was the site of the Gaspee Affair, the first act of armed resistance against the British, preceding even the Boston Tea Party, and a significant prelude to the American Revolution. Warwick was also the home of Revolutionary War General Nathanael Greene, George Washington's second-in-command, and Civil War General George S. Greene, a hero of the Battle of Gettysburg. Today, it is home to Rhode Island's main airport, T. F. Green Airport, which serves the Providence area and also functions as a reliever for Logan International Airport in Boston, Massachusetts.