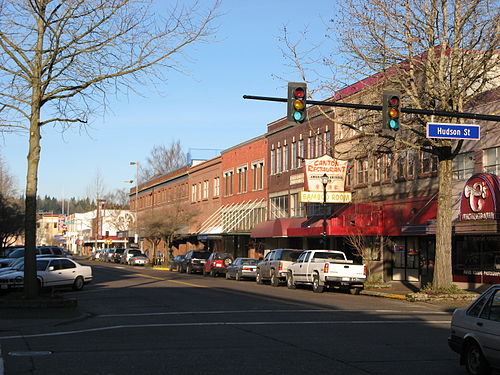 Longview is a city in Cowlitz County, Washington, United States. It is the principal city of the Longview, Washington Metropolitan Statistical Area, which encompasses all of Cowlitz County. Longview's population was 36,648 at the time of the 2010 census, making it the largest city in Cowlitz County. The city is located in southwestern Washington, at the junction of the Cowlitz and Columbia rivers. Longview shares a border with Kelso to the east, which is the county seat. The Cowlitz Indian Tribe, a federally recognized tribe of Cowlitz people, is headquartered in Longview.The Long-Bell Lumber Company, led by Robert A. Long, decided to buy a great expanse of timberland in Cowlitz County in 1918. A total of 14,000 workers were needed to run the two large mills as well as lumber camps that were planned. The number of workers needed was more than a lumber town, or the nearest town, could provide. Long planned and built a complete city in 1921 that could support a population of up to 50,000 and provide labor for the mills as well as attracting other industries. Several buildings in the city were built from Long's private funds.