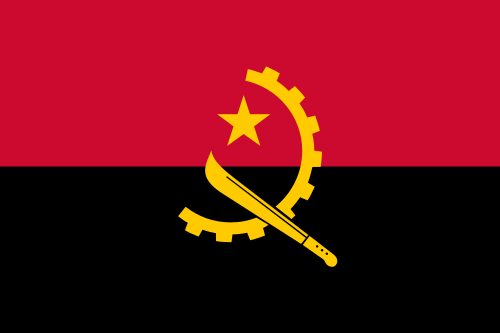 The Louisiana State Penitentiary (known as Angola, and nicknamed the "Alcatraz of the South", "The Angola Plantation" and "The Farm") is a maximum-security prison farm in Louisiana operated by the Louisiana Department of Public Safety & Corrections. It is named "Angola" after the former plantation that occupied this territory. The plantation was named for the African country that was the origin of many slaves brought to Louisiana.Angola is the largest maximum-security prison in the United States with 6,300 prisoners and 1,800 staff, including corrections officers, janitors, maintenance, and wardens. Due to these large numbers, it has been given the nickname "a gated community." Located in West Feliciana Parish, the prison is set between oxbow lakes on the east side of a bend of the Mississippi River, so it is surrounded on three sides by water. It lies less than two miles south of Louisiana's straight east-west border with Mississippi. The 18,000 acres (73 km2) of land the prison sits on was known before the American Civil War as the Angola Plantations and was owned by Isaac Franklin. The prison is located at the end of Louisiana Highway 66, around 22 miles (35 km) northwest of St. Francisville. Burl Cain served as the warden from 1995 to March 7, 2016. He was known for numerous improvements and lowering the rate of violence at the prison, but also numerous criminal allegations. Despite Caine's improvements to the prison, harsh conditions have continued. Death row for men and the state execution chamber for both sexes are located at the Angola facility.