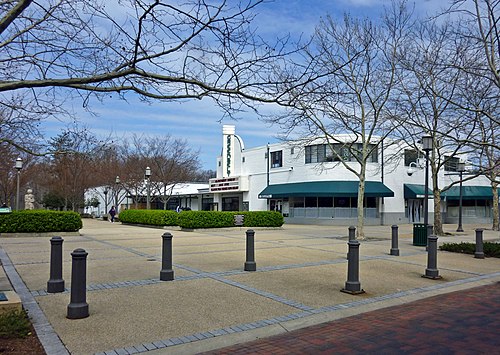 Greenbelt is a city in Prince George's County, Maryland, United States, and a suburb of Washington, D.C. Greenbelt is notable for being the first and the largest of the three experimental and controversial New Deal Greenbelt Towns: Greenhills, Ohio and Greendale, Wisconsin being the others. Thus, it was planned and built by the Federal government. The cooperative community was conceived in 1935 by Undersecretary of Agriculture Rexford Guy Tugwell, whose perceived collectivist ideology attracted opposition to the Greenbelt Towns project throughout its short duration. The project came into legal existence in the spring of 1935. On April 8, 1935, Congress passed the Emergency Relief Appropriation Act of 1935. Under the authority granted to him by this legislation, President Franklin D. Roosevelt issued an executive order, on May 1, 1935, establishing the United States Resettlement Administration (RA/RRA).Originally referred to as Maryland Special Project No. 1, the project was officially given the name Greenbelt when the Division of Suburban Resettlement of the Resettlement Administration began construction on January 13, 1936, approximately eight miles north of Washington. The complete Greenbelt plans were reviewed at the White House by President Roosevelt and First Lady Eleanor Roosevelt on April 30, 1936. The first tenants, after being selected through a stringent and restrictive application process, moved into the town, which consisted of structures built in the Art Deco, Streamline Moderne, and Bauhaus architectural styles, on September 30, 1937.Greenbelt is credited as a historic milestone in urban development, which includes its role as having served as the initial model for the privately constructed suburban Washington, D.C. planned cities of Reston, Virginia and Columbia, Maryland.The original federally-built core of the city, known locally as Old Greenbelt, was recognized as the Greenbelt Historic District by the Maryland Historical Trust, and is listed on the National Register of Historic Places as a National Historic Landmark District. Greenbelt's population, which includes residents of private sector dwellings that were constructed over several decades subsequent to the federal government's ownership of the city, was recorded as 23,068 in the 2010 U.S. Census.