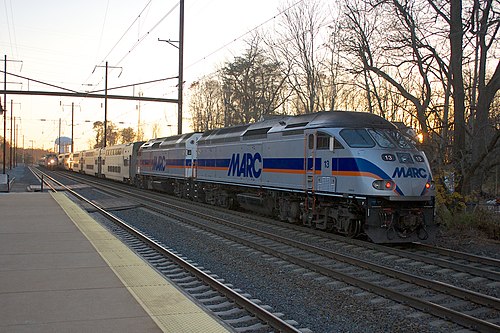 Odenton ( OH-dən-tən) is a census-designated place (CDP) in Anne Arundel County, Maryland, United States, located approximately 10–20 minutes from the state capital, Annapolis. The population was 37,132 at the 2010 census, up from 20,534 at the 2000 census. The town's population growth rate of 80.8% between 2000 and 2010 was the greatest of any town in western Anne Arundel County. Odenton is located west of Annapolis, south of Baltimore, and northeast of Washington.In recent years, Odenton has become the fastest-growing city in the county with 2010 census numbers reporting 42% growth. This is because of its proximity to Fort George G. Meade, which contains NSA headquarters, US Cyber Command (established 2009), and the Defense Information Systems Agency (moved to Fort Meade in 2011). Odenton's growth can also be attributed to it being centrally located between Annapolis, Baltimore, and Washington, D.C. The development has been fueled by the construction of the massive Piney Orchard development, progress in the ongoing development of Odenton Town Center, and construction of the NSA East Campus Integration Program scheduled for completion in 2028.