Mailboxes in Wilsonville, OR 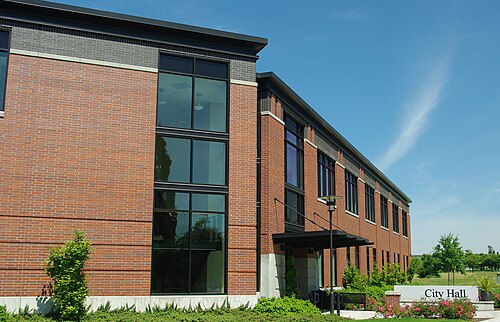 Browse mailboxes in Wilsonville, OR

Wilsonville is a city primarily in Clackamas County, Oregon, United States. A portion of the northern section of the city is in Washington County. It was founded as Boones Landing because of the Boones Ferry which crossed the Willamette River at the location; the community became Wilsonville in 1880. The city was incorporated in 1969 with a population of approximately 1,000. The population was 13,991 at the 2000 census, and grew to 19,509 as of 2010. Slightly more than 90% of residents at the 2000 census were white, with Hispanics comprising the largest minority group. Located within the Portland metropolitan area, the city also includes the planned communities of Charbonneau on the south side of the river, and Villebois on the western edge. The city is bisected by Interstate 5 and includes I-5's Boone Bridge over the Willamette. Public transportation is provided by the city-owned South Metro Area Regional Transit, which connects to the Portland-based TriMet by train through TriMet's WES and by bus at the Tualatin Park & Ride. Students in public schools attend schools in the West Linn-Wilsonville and Canby school districts, including the only traditional high school, Wilsonville High School. Clackamas Community College and Oregon Tech have satellite campuses in the city. Wilsonville has a council-manager form of government and operates its own library, public works, and parks department. Fire and police protection are contracted out to other regional government agencies. The city is home to several technology companies including Mentor Graphics, along with Stream Global Services, the largest employer in the city. Wilsonville contains many distribution and manufacturing buildings adjacent to Interstate 5 such as regional distribution facilities for Coca-Cola and Rite Aid. Retail centers include Argyle Square on the north and the Town Center Shopping Center to the south. Media in Wilsonville consists of the Portland area broadcast stations, regional newspapers, and the local Wilsonville Spokesman newspaper.