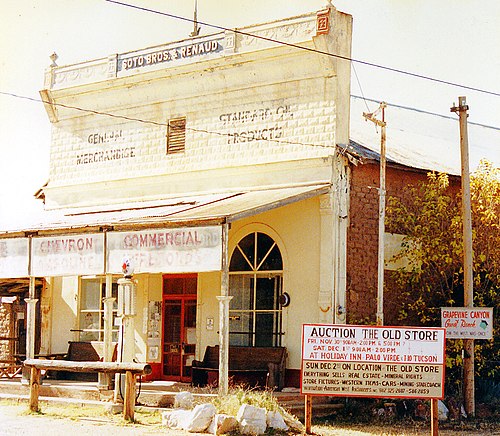 Pearce, Arizona, and Sunsites, Arizona, are adjacent unincorporated communities in the Sulphur Springs Valley of Cochise County, Arizona, United States. The two communities are often referred to as Pearce-Sunsites, Pearce/Sunsites, or Pearce Sunsites.Pearce is located between the Cochise Stronghold, Chiricahua National Monument, and the winter Sandhill Crane refuge of Whitewater Draw making it popular for birders, history buffs, hikers, and climbers alike. At 4,400 feet of elevation, the area is also known for its milder summers which make it ideal for quality grapes and vineyards (recognized as an American Viticultural Area).Pearce is best known as a historic ghost town. Sunsites, founded in 1961, adjoins Pearce, and the Sunizona and Richland developments are nearby. All of these communities share the Pearce, Arizona post office and ZIP code, 85625. The 85625 ZIP Code Tabulation Area, which includes the four communities named plus a large surrounding rural area, had a population of 2104 at the 2000 census. and 1983 in the 2010 census. The Pearce-Sunsites economy is based on retirees and tourism.Fittsburg was the site of the Commonwealth Mine and is located about one mile east of Pearce.