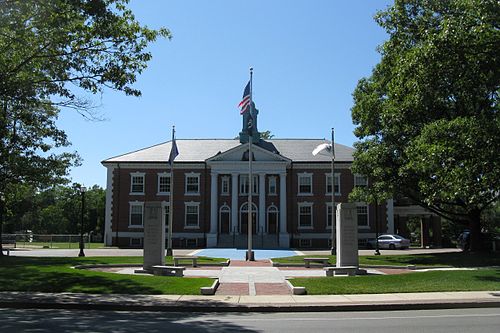 Braintree (US: ), officially the Town of Braintree, is a suburban New England city in Norfolk County, Massachusetts, United States. Although officially known as a town, Braintree adopted a municipal charter in 2008, with a mayor-council form of government, and is considered a city under Massachusetts law. The population was 35,744 at the 2010 census. The city is part of the Greater Boston area with access to the MBTA Red Line, and is a member of the Metropolitan Area Planning Council's South Shore Coalition. The first mayor of Braintree was Joe Sullivan who served until January, 2020. The current mayor of Braintree is Charles Kokoros. Braintree, Massachusetts, is named after Braintree, Essex, in England. The town was first chartered in 1640. Later, some sections of Braintree formed separate municipalities: Quincy (1792), Randolph (1793), and Holbrook (1872).