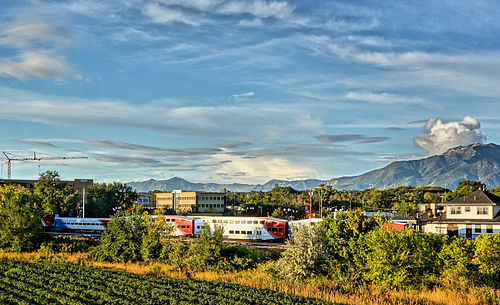 Layton is a city in Davis County, Utah, United States. It is part of the Ogden-Clearfield Metropolitan Statistical Area. As of the 2010 census, the city had a population of 67,311, rising to an estimated 78,014 by 2019. Layton is the most populous city in Davis County and the ninth most populous in Utah. Layton has direct access to Salt Lake City, Ogden, Salt Lake City International Airport, Antelope Island, and the FrontRunner commuter rail. Layton City is a leader in economic development for the region, with immediate adjacency to Hill Air Force Base, a large hospitality district (1,000+ hotel beds) and conference center, the Layton Hills Mall, multiple nationally recognized retail and food chains, the East Gate Business Park, and the Weber State University-Davis campus. In 2014, Layton contributed $1.34 billion worth of retail sales activity, the second largest market north of Salt Lake City and seventh largest in Utah.