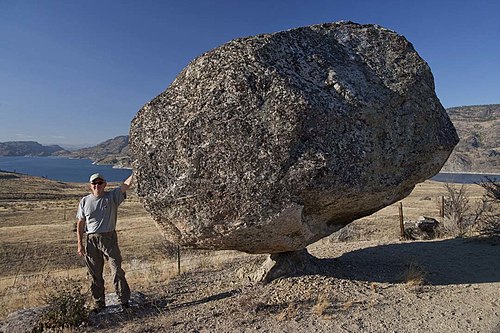 Omak ( o-MAK) is a city located in the foothills of the Okanogan Highlands in north-central Washington, United States. With an estimated 4,845 residents as of 2010, distributed over a land area of 3.43 square miles (8.9 km2), Omak is the largest municipality of Okanogan County and the largest municipality in Central Washington north of Wenatchee. The Greater Omak Area of around 8,229 inhabitants as of the 2010 census is the largest urban cluster in the Okanogan Country region, encompassing most of its twin city of Okanogan. The population has increased significantly since the 1910 census, reporting 520 residents just prior to incorporation in 1911. The land that is now Omak had been inhabited by various Native American tribes before the arrival of non-indigenous settlers in the early 19th century. The city began to develop after the completion of the Okanogan Irrigation Project affecting the Grand Coulee Dam and other nearby electric facilities. The housing and municipal infrastructure, along with regional infrastructure connecting the new town to other municipalities, were built simultaneously in 1908 supported by the local agricultural industry. The name Omak comes from the Okanagan placename [umák], or the Salishan term Omache—which is said to mean "good medicine" or "plenty", referring to its favorable climate, with an annual high of around 88 °F (31 °C). Omak acts as the gateway to the Okanogan National Forest and consists of a central business district and residential neighborhoods. Omak is a code city governed by a seven-member council and the state's 4th district. Omak's economy is dominated by the primary sector industries of agriculture and forestry, although economic diversification has occurred with sawmills and recreational tourism. Nearby recreational destinations include walking trails, state parks and national forests, such as Conconully State Park, Bridgeport State Park and Osoyoos Lake State Park. The city is home to a weekly newspaper, the Omak–Okanogan County Chronicle, and a Wenatchee Valley College campus. Standards for education in Omak are higher than the state's average, though drugs and alcohol remain a problem among students. U.S. Route 97 passes through the town, while Washington State Route 155, as well as Washington State Route 215, connects the city to Okanogan and Nespelem, respectively. By road, Omak is located approximately 235 miles (378 km) from Seattle, Washington, 140 miles (230 km) from Spokane, Washington and 125 miles (201 km) from Kelowna, British Columbia.